Australia is a dream-like land. The Land Down Under deserves all the hype. From the sacred stories of the Aboriginal Dreamtime to the great spirits conjured coral reefs. From the rainforests to the scorched red deserts. Everything here describes it as a dream destination. Australia is the world’s smallest continent and largest island. It is about the same size as the United States. But has a population the size of the state of New York. It also houses some of the world’s most unique wildlife.

Australia is also a land of stunning elegance and staggering contrasts. You will explore vibrant multicultural towns along the coast and vast sand islands here. You can visit old rainforests and one of the most awe-inspiring natural wonders on the planet. Yes, we are talking about the Great Barrier Reef.  The rugged national parks and red-earthed deserts are an utopia for adventure seekers. Round it all off with a laid-back feeling and welcoming individuals. And there you have – Australia. Build your own adventure with our list of Australia’s top attractions: 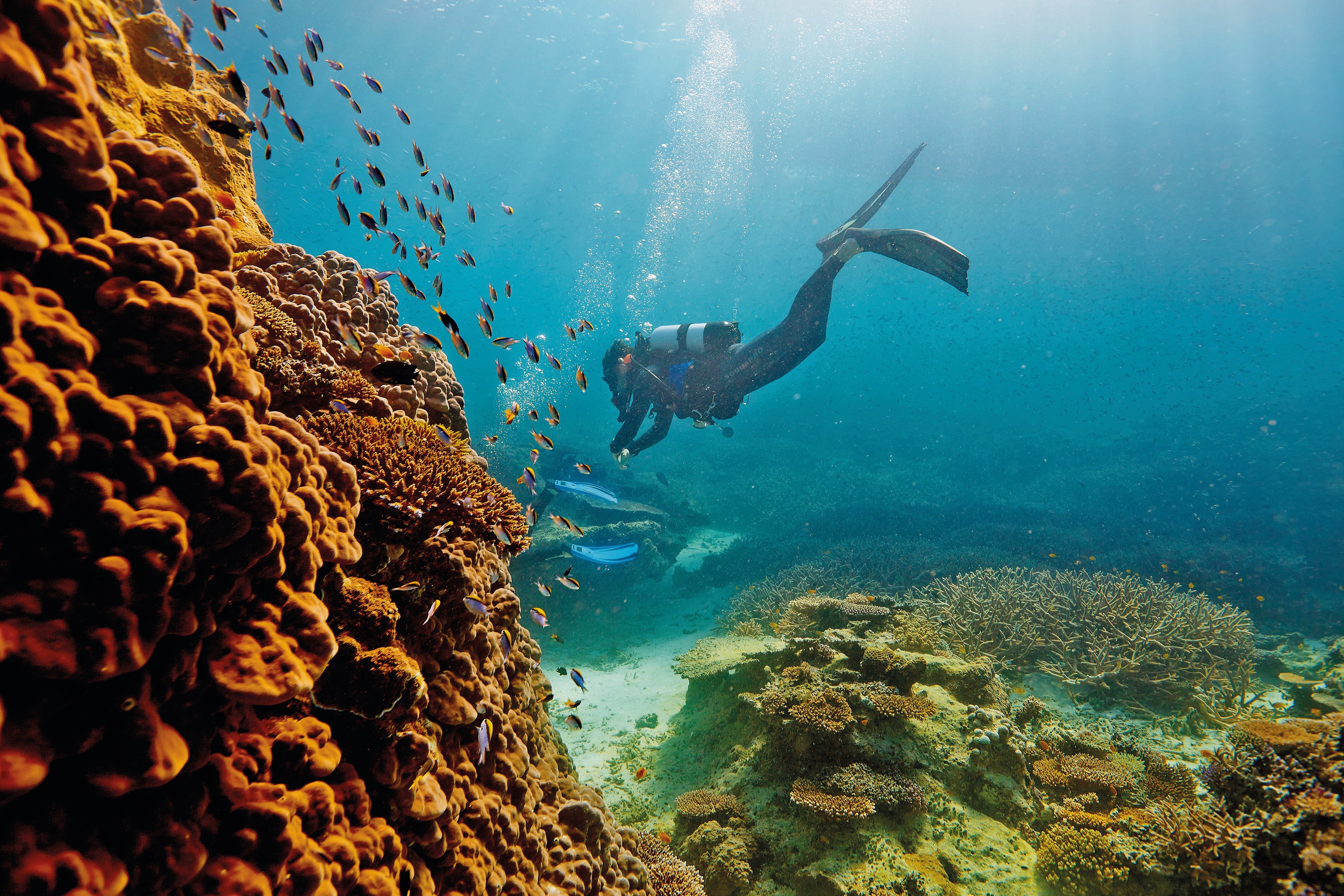 The World Heritage-listed Great Barrier Reef, visible from outer space, is one of the planet’s largest living structures. To preserve its delicate habitats, which include more than 3,000 coral reefs; 600 continental islands, including the beautiful Whitsunday group; 300 coral cays; and inshore mangrove islands, the Great Barrier Reef Marine Park was established in 1975.

The park extends for 2,300 kilometres along the state of Queensland on Australia’s east coast. That’s around the distance between Mexico and Vancouver. This is counted amongst one of the seven wonders of the natural world.

The Sydney Harbour Bridge is one of the most popular tourist attractions in Australia, alongside the Opera House. This remarkable feat of construction, affectionately called “the Coathanger,” is the world’s largest steel arch bridge.

It was finished in 1932, 40 years before the Opera House of Sydney. The bridge stands tall at134 metres above the harbour. It spans 500 metres and links the North Shore of Sydney to the central business district.

There are two railway lines extend across the bridge in addition to the pedestrian route. The traffic is divided in eight lanes and the direction of each lane can be changed to accommodate traffic flow. Tanned bodies, golden sand, and surfing. All of this at some of the most popular beaches in the world. That’s Australia for you. Bondi Beach is home to one of the oldest surfing life saving clubs in the country. It is just 15 minutes by car from the city centre.

It’s also a great place for a walk or picnic at the seaside, and crowds of visitors and locals gather here to celebrate Christmas and New Year rings. Walking along the scenic Bondi to Bronte coastal walk, which starts at the southern end of the beach and follows the coastline along sandstone cliffs for six kilometres, is a perfect way to soak up the sea views.

On this popular coastal strip, stores, cafes and restaurants lie across the street. 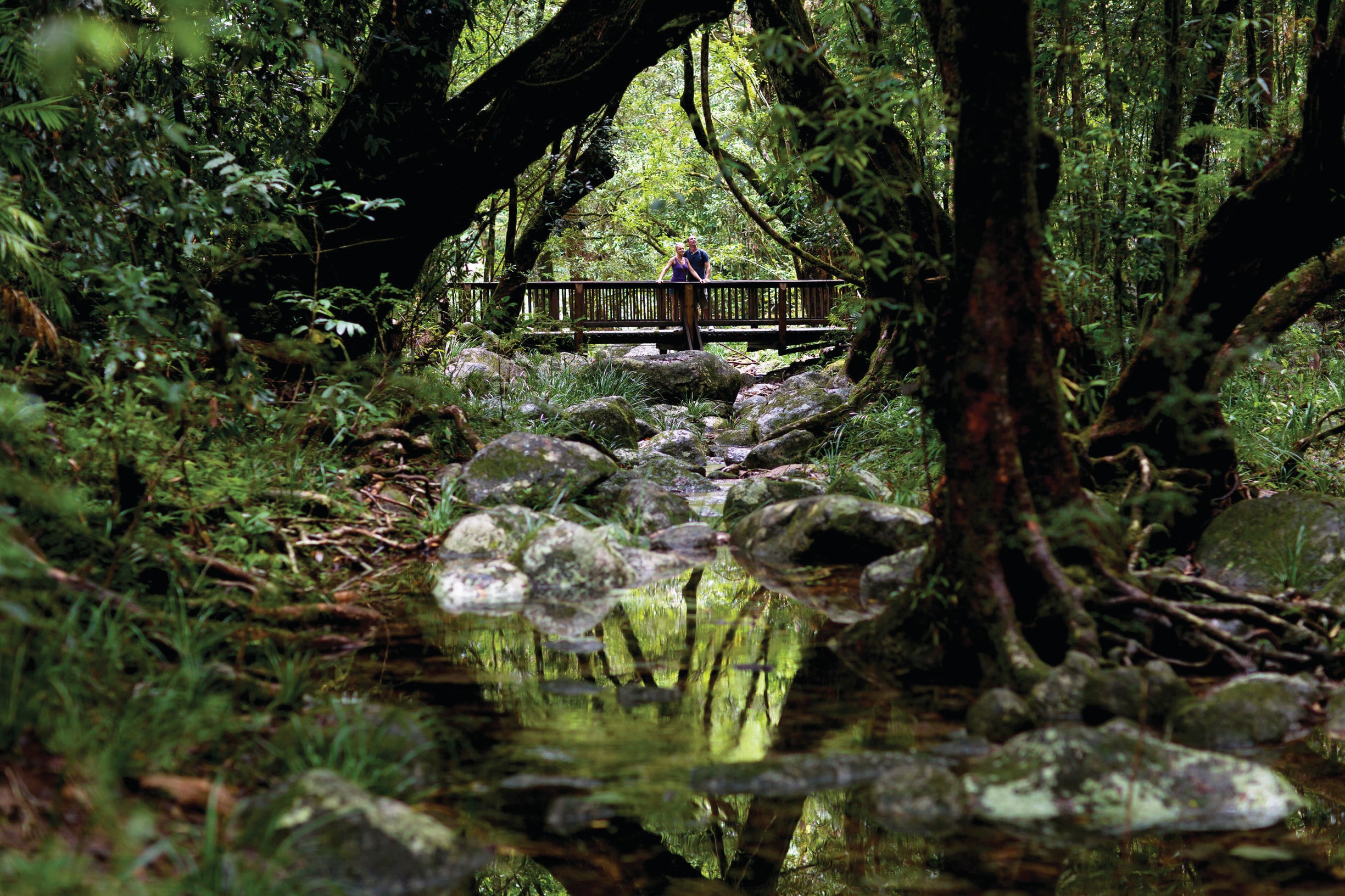 Among the most ancient habitats on Earth, Daintree National Park in Far North Queensland is a Wet Tropics World Heritage Area. The area belongs to the Aboriginal people of Eastern Kuku Yalanji, and many of its natural features bear great spiritual significance.

The park contains two main sections: Mossman Gorge, where crystal clear waters spill over granite boulders, and Cape Tribulation, one of Australia’s most spectacular places to visit, where the rainforest meets the reef along the Coral Sea’s white sandy beaches.

This incredible stretch of coastline is one of the few locations in the world where two of the richest species on this planet collide. 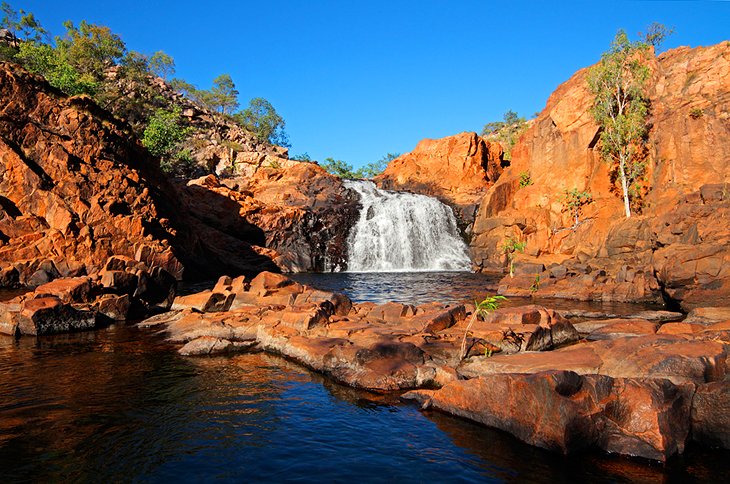 Kakadu National Park is a World Heritage Site and one of the planet’s great wilderness areas, in the Top End or the Northern Territory. The park covers more than 19,840 square kilometres. Also, Kakadu is Australia’s largest national park and the world’s second largest. The national park is replete with monsoon rainforests, mangrove swamps, rivers and gorges. You can also come across ancient rock paintings, wetlands, and waterfalls that lie within its boundaries. Other than this, the staggering diversity of wildlife is an fringe benefit.

Over 300 different species of birds make their home here in addition to the many mammals, reptiles, and fish, and both freshwater and saltwater crocodiles lurk in the wetlands. There are beautiful driving routes for most top tourist destinations, and for Australia, the Great Ocean Road is one of its best. It was established during the depression to provide jobs. The road extends for 300 kilometres along the southeast coast of Australia, from the surfing town of Torquay to the town of Allansford, near Warrnambool, in the state of Victoria. 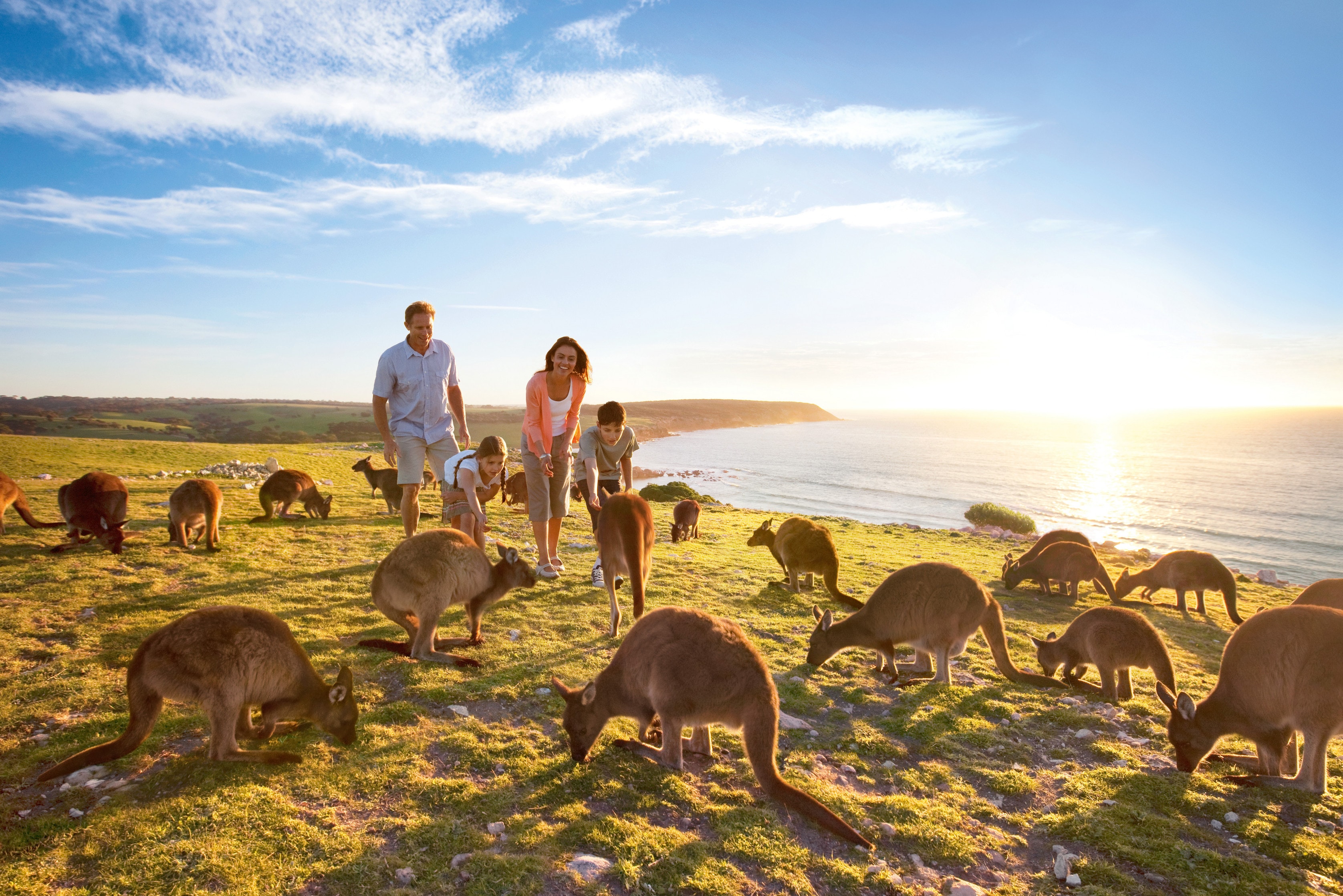 Diving is exceptional as well. In temperate waters, you can spot sea dragons, and several wrecks lie offshore. Other distinctive features of the island are the striking, wind-sculpted rock formations known as the Remarkable Rocks and Admirals Arch in Flinders Chase National Park, and you’ll find plenty of hiking trails along the soaring sea cliffs and in the pristine forests.

Do not forget to bring back some gifts and souvenirs from your trip for your loved ones. This will not only bring a smile to their face but will also help them get a glimpse of your amazing trip!

One thought on “7 Must-Visit Places in Australia”