Having a Closer Look at Newton’s Third Law

For every action, there is an equal and opposite reaction. This is quite similar to the Law of Karma –cause and effect’ which controls the destiny of all living entities. These laws and principles are stated by intellectuals and are truly a gift to the mankind. These principles help us understand life in a much better way. Now, action has three components, namely senses, work, and the doer. It also has three motivating factors, that are – knowledge, the object of knowledge, and the knower. The law of Karma states that every action performed creates a new reaction which in turn which then produces a new counter action.  Thus, an endless chain of actions and reactions keeps going on and on. This is what binds the all the living entities to their good and bad deeds. Now, that we have a basic idea of this law, let us know more about it and how does it affect our daily lives. 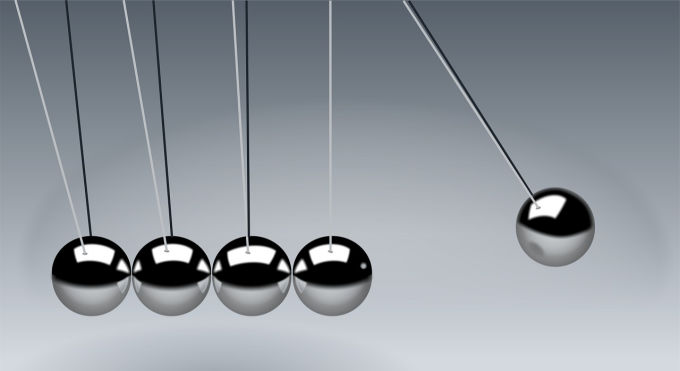 While Newton’s third law is a much scientific approach, the law of Karma helps us acknowledge that the intent and actions of any individual will influence their future. It generalizes all areas of life and is beyond just physical motion. People knowing that there will be rewards and consequences for each and every good or bad action done by them adds a sense of responsibility. Even if this responsibility is mainly for our actions, it is still a concept that is worth believing. It can be a concept created with the rational fear of committing an unkind act, yet it is worth it. 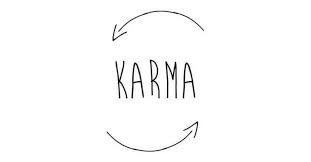 The Prophet-Founder of the Baha’i Faith – Abdu’l-Baha famously said that both ‘religion and science are inter-twined’. One cannot separate them from each other. These are the two wings through which humanity can fly. Thus, one of the wings cannot be compromised. Religion that does not associate itself with science is merely tradition followed by people without any logics. Therefore, science and education are as important elements of life as religion is. Now if we observe carefully, this law also talks about our relationships. As we all know love and affection are some of the few things that usually work on a ‘give and take’ basis. In most of our relationships, we tend to seek love and care in order to reciprocate the same. Thus, if you wish to get some affection, you need to do your part as well.

But there can be times that all you do is give in a relationship and barely get anything in return. However, all you need to keep in mind is that your efforts will never go in vain. If you are not able to get the same level of love and affection for someone, you will surely be rewarded in the future. Maybe that will come from someone else, but it will definitely do come. And that is what the law states, right? So, go on and spread happiness in this world and it will eventually find its way back to you.

Here are a few examples that will help you understand this notion better:

If you go little back in Indian history you will find who fought gallantly for the freedom of India.

Mahatma Gandhi was one of them who fought for independence for a long time. He also went to jail several times during his movement. He faced a lot of hurdles one after the other but he never gave up. His actions were rewarded and was known as the “Father of The Nation”. Then, Pt. Jawaher Lal Nehru also participated in the same movement and confronted several obstacles. His efforts led him to become the first prime minister of the independent India.

However, there were some freedom fighters who fought as gallantly as anyone else, but they were unable to see the Independent India. But this does not mean that their efforts went unnoticed. Shaheed Bhagat Singh, Shaheed Sukhdev, and Shaheed Rajguru are some of the most celebrated heroes. They are praised for their efforts.

At last I would say that ‘one should be focus on making the best of each task. If their intentions are virtuous, they will get their reward sooner or later’.